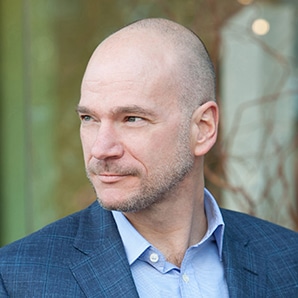 Andrew McAfee is the Co-Founder and Co-Director of the Initiative on the Digital Economy and a Principal Research Scientist at the MIT Sloan School of Management. He studies how digital technologies are changing business, the economy, and society. His 2014 book on these topics, The Second Machine Age: Work, Progress, and Prosperity in a Time of Brilliant Technologies, coauthored with Erik Brynjolfsson, has won several prestigious awards and has been both a New York Times and Wall Street Journal top ten bestseller.

His book with Brynjolfsson, Machine, Platform, Crowd: Harnessing our Digital Future, published June 2017, offers an executive’s guide to succeeding during this turbulent era. In October 2019, Andrew’s shattering new book, More from Less: The Surprising Story of How We Learned to Prosper Using Fewer Resources — and What Happens Next, will be released. In it, McAfee makes the compelling case that in America and other rich countries, growth now happens while using fewer total natural resources and also while polluting less. This remarkable turnaround has occurred because we’ve finally become so efficient and productive that we can satisfy our wants and needs while treading ever-more lightly on our planet. Optimistic, yet cautionary, More from Less offers hope that we will be able to simultaneously improve the human condition and the state of the world. Because we already are.

Andrew has written for innumerable publications including Foreign Affairs, Harvard Business Review, The Economist, The Wall St. Journal, and The New York Times. He has talked about his work on CNN and 60 Minutes, at the World Economic Forum, TED and the Aspen Ideas Festival, with Tom Friedman and Fareed Zakaria, and in front of innumerable global and domestic audiences. He is also the host of the popular podcast, Minds and Machines with Andrew McAfee.

Andrew was educated at Harvard and MIT. He lives in Cambridge, watches too much Red Sox baseball, doesn’t ride his motorcycle enough, and starts his weekends with the NYT Saturday crossword.